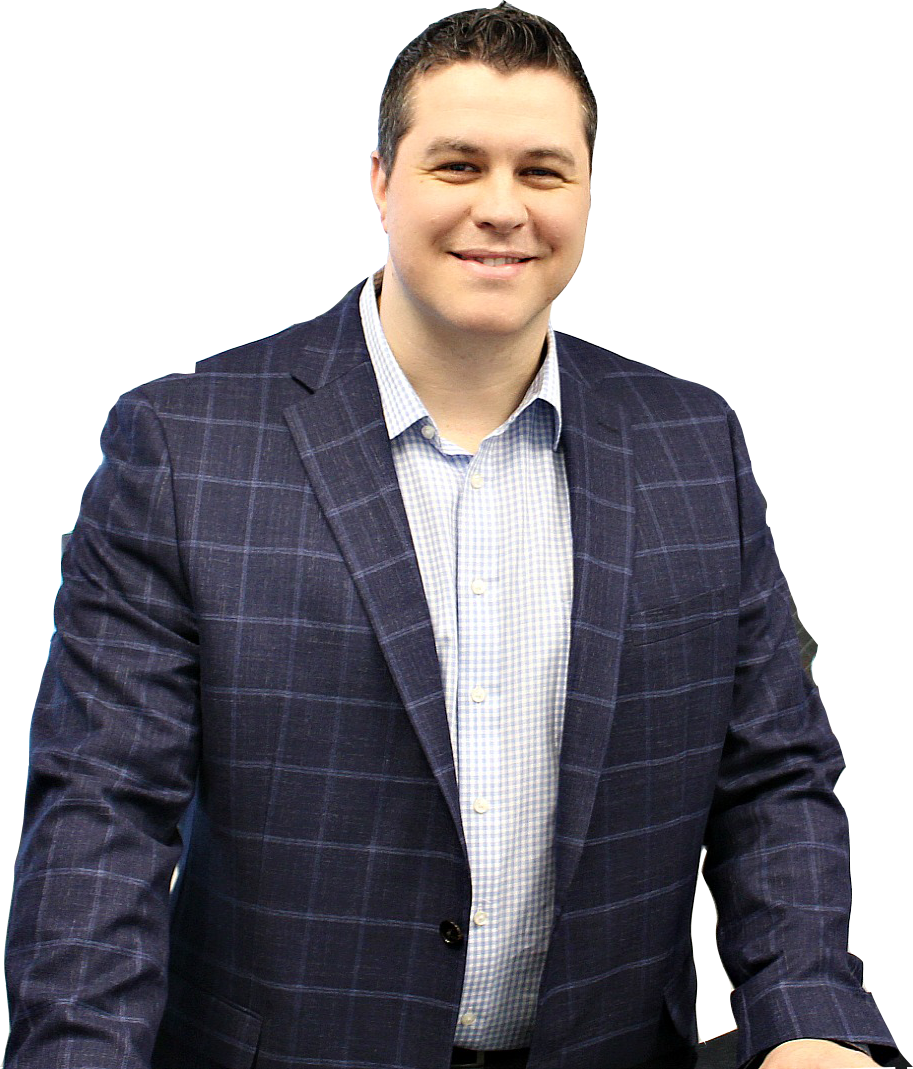 I’m a small-town country boy raised on a farm. Growing up, I never imagined I’d be good at sales or marketing. I definitely never imagined building a business in real estate and owning several companies. I’m a bit of an introvert in the sense that I like being alone but when I do get around people I enjoy myself.

It was a struggle for me to talk to strangers and I will never forget the first time I had to make a cold call to a homeowner, not fun! I was terrified. I was fine working with business professionals because of the years I spent working my way up to V.P. of sales for a marketing company, but engaging with homeowners was a different story!

But I had to make it work because my wife was pregnant and I had to prove to her it was a smart idea to leave my corporate job for a new venture. She gave me six months!

I immediately went to a Tony Robbins convention and one thing stood out to me…he said, “success leaves clues.” What he meant was to find the best of the best in the industry and model them, then when you have a foundation, build and innovate.

That’s what I did! And Everything Changed.

My small team sold 150 homes and I created a unique referral program using technology and ISAs across the nation. Over the years our team has generated over $5,000,000,000 in closings and continues to bring in thousands of transactions every year nationwide.

The Day I
Almost Quit…

After building a successful business through our brokerage and referral program, I believed RAP Success System was the future. So, I put everything I could into it, including over a million dollars of my own money and a lot of blood sweat and tears. I made a few missteps along the way, many people lost faith in my vision, and I almost lost it all. I never raised venture money, but I had a few friends and family who took a chance on me and invested in the brokerage early on, even they lost belief. Things became hard at home too, I thought I should quit. I felt unworthy to serve anymore.

I reassessed, retooled, and stayed true to the mission and vision and now we are coming back stronger than ever….

Don’t ever quit on your convictions and your dreams!

My life’s mission is to help as many real estate professionals, entrepreneurs, and sales people reach their financial goals and build long-term wealth. My hope is that they will use their personal and financial influence to change the world for the better; without compromising their health, family, or integrity.

I am committed to finding better ways to help you realize that goal; while enjoying your kids’ games, having a good family life, and becoming the best version of yourself.

After seeing the power of systems and models, I launched Real Insider Pro. It’s an education platform designed to bring the top industry leaders together. I believe I have a lot to offer; I also believe in the collective power of everyone’s success. Every month I showcase and interview a thought leader, coach, top producer, or expert to bring you “inside” access to the best of the best.